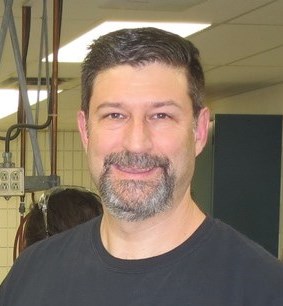 In 1992, following an association with colleagues Michel Parent created MKPSHOP a machine shop to begin the manufacture and assembly of a single-seater submarine. This assembly was his first intensive engineering project. By experimentation, several mathematical formulas were developed to realize the ballast system as well as for the Pressure doors and windows. Unfortunately this project only remained on paper. The workshop was then transformed to manufacture various parts, hydraulic presses projects, a Pulse jet of 800 lbs of thrust, welds, repair of sailboats parts and cinema accessories. MKPSHOP has become known in the province of Quebec in the recreational aviation movement by producing custom aircraft parts. In December 2013 Michel traces the first line of the project 46. As this project is not a machining service, it was then necessary to change the name of the company so that it can now represent a unique product. It was then that Parent Aircraft Manufacturing Inc. was born, following the development of Project 46. The positive conclusion of the 2nd ultimate load test of the wings gives a final go to the development of the project. Following positive analyzes of the tests at the end of October 2017, this gives a fantastic boost to the project. All the improvements found during the assembly of the 0002 test wing were incorporated at the end of January 2018. Since then, the company has been concentrating on the manufacture and assembly of the components that will go into the prototype aircraft. 1001.

The airplane, almost entirely made of sheet metal, is a classic, high-wing aircraft with a front engine. Despite the fact that the plane is a tail dragger, it will give a very good visibility to the pilot while on ground.


The new aircraft has no components from other aircraft. Does not look like any other plane. All its components are designed according to aeronautical standards and manufactured in our facility. The materials and hardware are aeronautical grade. About the assembly, the holes are drilled to a high tolerance reflecting the type of fastener used. Nothing was invented when designing this new plane. Only the best manufacturing and assembly methods have been chosen to make it a joy for the assembler / pilot to be able to put all these pieces together and realize that his purchase is built of the same high quality as an airliner. The selected wing profile is NACA4412 for its great capabilities and forgiveness. The future owner will quickly realize that upon the acquisition of his kit airplane, he will have pictorial documentation, telephone support, unlimited spare parts and internet support. The new aircraft is designed specifically for the Canadian and American ultralight market. It will be sold as a kit for quick assembly.

Michel Parent is the designer behind this new airplane. For 35 years in the field of aviation, Michel has worked in various teams in commercial aviation. Worked at the incorporation of the Rotax 912 to the existing design to allow the Aerocruiser to become an advanced ultralight. As assembler of superstructures of the A330 and A340 widebody. Active participation in the manufacturing engineering of the Global Vision G5500-G6500. Bench and flight tests of the CRJ-1000, installation of the A220 CS100 and CS300 test benches as well as the start-up of the Airbus 330neo. For a while, Michel gave evening classes in aircraft assembly at the Montreal Aerospace Trade school. Having loved this close interaction with people, since 2007, Michel has set up courses available to homebuilt community. These courses are open to everyone throughout the province of Quebec. More than 168 people were trained during these days. We can find a riveting course and an advanced assembly course. These courses are given once a year, during the winter period. Michel is a member of RAA Canada and the EAA of the United States, which is home to the 2 largest amateur aircraft construction groups in North America, and this for more than 25 years.