Fabrication of the mock-up

A project always starts with handmade drawings. At one point, one of these drawings represents exactly what you want to design. Here is where the project really begins. This life-size model based on a hand-made design, allow to determine the dimensions of what I needed to make a plane having a cockpit functional for the pilot. A dummy engine has been manufactured to simulate the position of the engine. At that time the Verner JCV-360 engine seemed to be the ideal candidate. But this engine has been discontinued ever since. Now the retained engines are more powerful and will be positioned closer to the firewall. The appearance of the plane will be slightly changed. Following the determination of the size of the cabin compartment, the positioning of the doors sides was determined, which is to be the points of attachment of the wings. That's when all the design work begins. 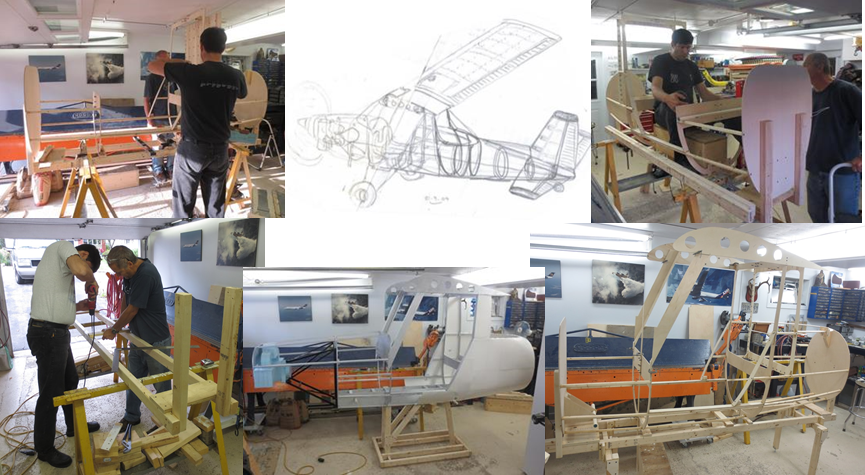 Tests on the wings

During the last 4 years, Parent Aircraft Manufacturing Inc. has set up the bases to put into production its first prototype as soon as possible. The CNC Router cuts parts automatically. Sheet metal components are produced quickly while maintaining very tight tolerances. Physical tests on specimens took place to check the calculations made during wing design. October 2017 ended the static tests of the wing, reaching 4.78 G at a gross weight of 575 lbs. The tests took place in a rig reproducing the forces applied on the full size wing in flight. During the ultimate load test, no fasteners broke. The wing remained intact until the very end. We can see here the completed test specimen as well as this one installed in the test rig.

Here is a video of the ultimate wing test.

A dynamic test rig was built to test the fuel tank and fuel system supply. Our prototype will be equipped with one tank in each wing located in the first bay. The prototype will be provided with a header tank to forgive during uncoordinated turns.

Here is an explanatory video of the test of the gas supply system. 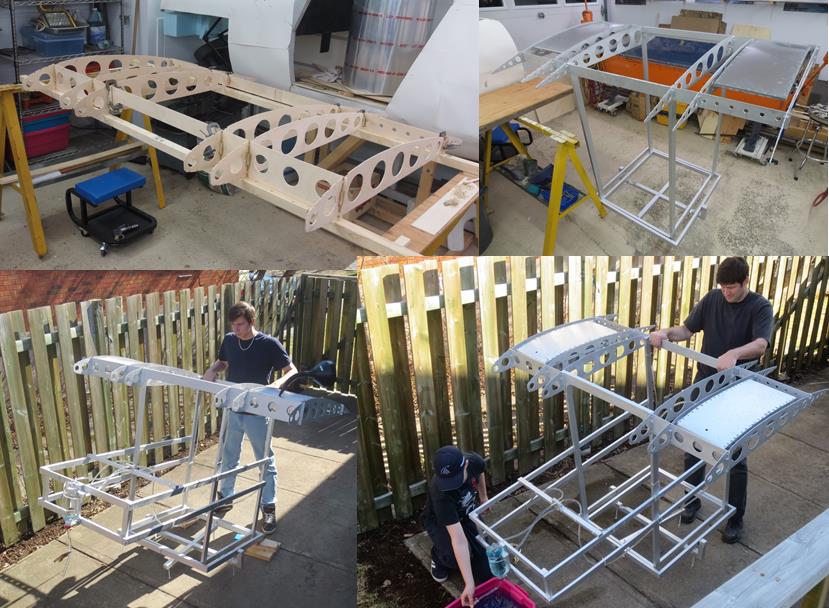 Manufacturing of the prototype, A/C 1001

A / C 1001 Following the positive results of the tests on the wing, the production of the first prototype began in March 2018. For this time it will be a little different, the parts will have an anticorrosion treatment and will have zinchromate primer. Here is an overview of the parts.

All the tooling of the aileron is completed, the drawings and methods, everything is ready to enter in production. The ailerons are designed so that they are interchangeable. If you have to change the assembly, this operation becomes very simple, and can be done within a few minutes.